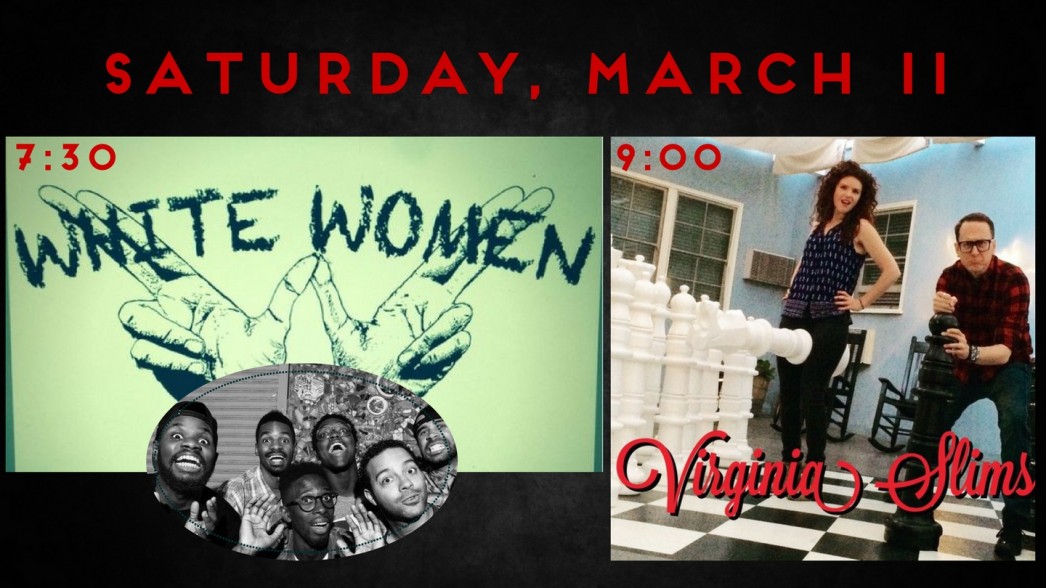 **White Women** is a sketch group comprised of seven black men, and they have created a DOPE new sketch show that is impossible to sleep on, because they won’t stop doing backflips on your mattress.  GET TICKETS

Performer Carl Tart will be teaching a workshop on creating minority characters in sketch and improv on Saturday, March 11 at 2pm.  REGISTER HERE.

Laura Eichhorn and Pepper Berry are a two person long form slow-play improv comedy team that takes a single suggestion from the audience and uses it to perform a one act play at times playing multiple characters within the story.

Virginia Slims is hosted by Mutiny, which performs their monthly show REWIND: Class of ’88 this Saturday.  REWIND is an improvised ’80s teen movie!