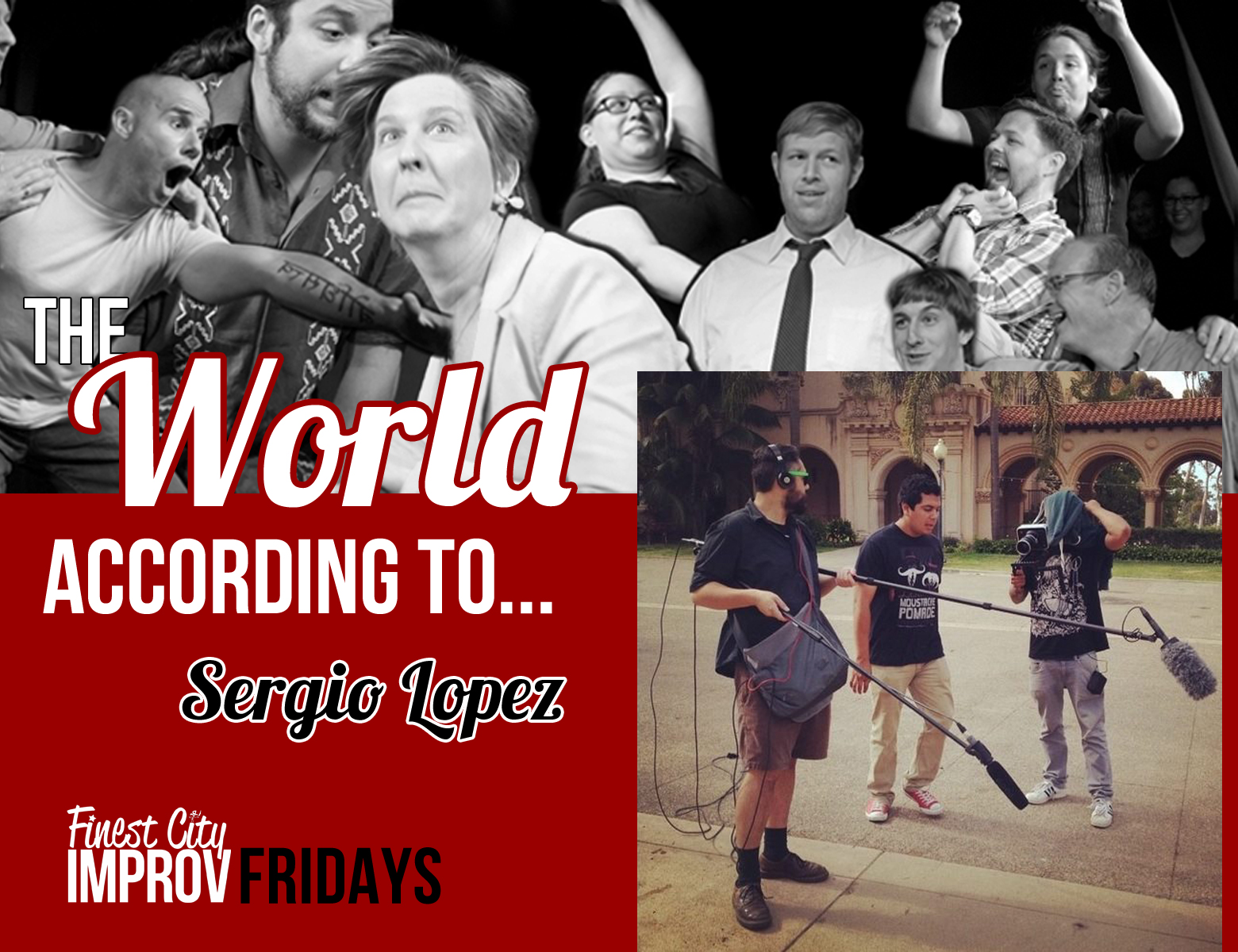 Sergio Lopez is a writer, director and improviser from San Diego, California. He has been performing improv with Roar Theatre since 2009 and has been writing and directing his own short films since 2011. In 2015 he finished his first feature film “Weigh Down,” which is a drama/musical that focuses on an aging blues musician and his journey to come to terms with his past. Currently he has been submitting “Weigh Down” to film festivals across the country in hopes of sharing his film with as many people as possible. Sergio is also a Stage Manager at Finest City Improv. He has been with the company since the opening of our North Park theater!

See The World According To…! every Friday @ 8 p.m. at Finest City Improv! The performance always begins with 30 minutes of improv. See the team Mike & Chris on Friday, April 3.