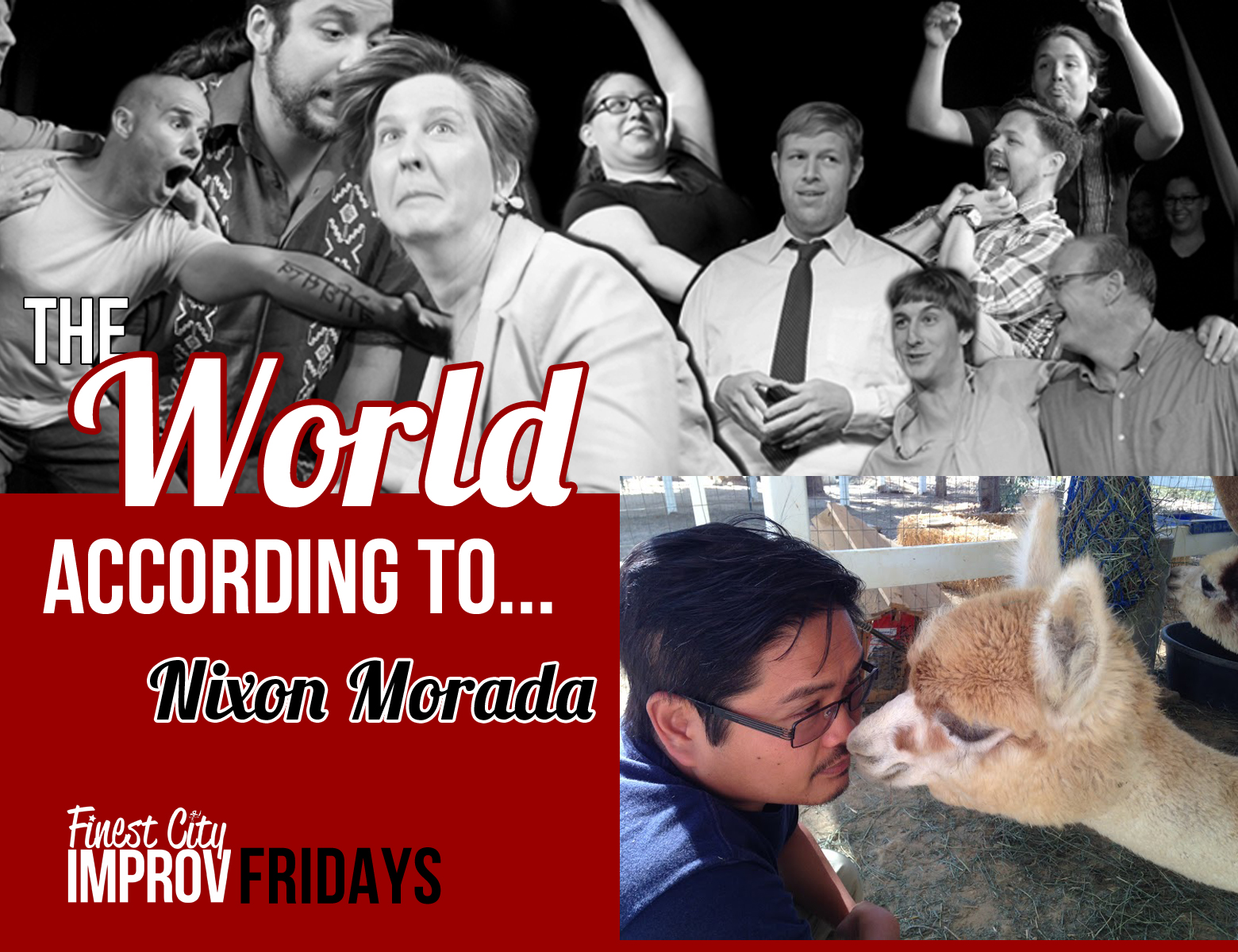 On Friday, February 6 we invite Nixon Morada! Nixon is a programmer analyst and alpaca breeder. He grew up in Chula Vista. His interests include movies, guns, hypnosis, holistic health, Systema and improv.

See The World According To…! every Friday @ 8 p.m. at Finest City Improv! The performance always begins with 30 minutes of improv. See the team Fourth Date on Friday, February 6.