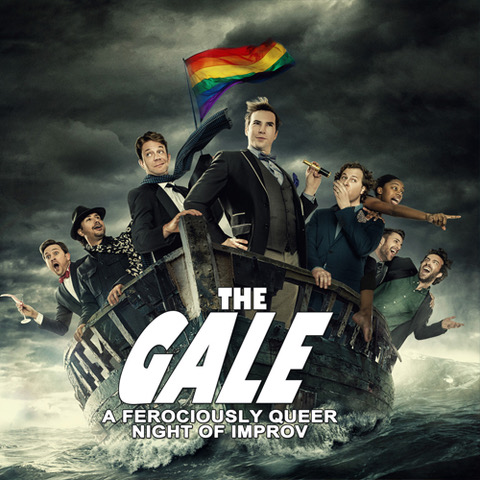 June 29th The GALE will be blowing into San Diego to perform at the 4th annual Impride Festival.

THE GALE is an entirely improvised comedy show which premiered on the world famous Groundlings stage in 2015 and has been selling out monthly performances ever since. Created by Groundlings main company member Chris Eckert, developed by Holly Mandel, and directed by Groundlings alumni Karen Maruyama, The GALE features some of the best and funniest queer (or LGBTQ) improvisational actors in the United States. Guests have included talents such as Academy Award winner Jim Rash, Chelsea Lately’s Fortune Feimster, Emmy winner Bruce Villanch, Savage Garden’s Darren Hayes, and Superstore’s Nico Santos. Every month, they get together and celebrate all the joyously queer things about the world. Why then, you might ask, do they title their show after a sometimes destructive weather pattern?