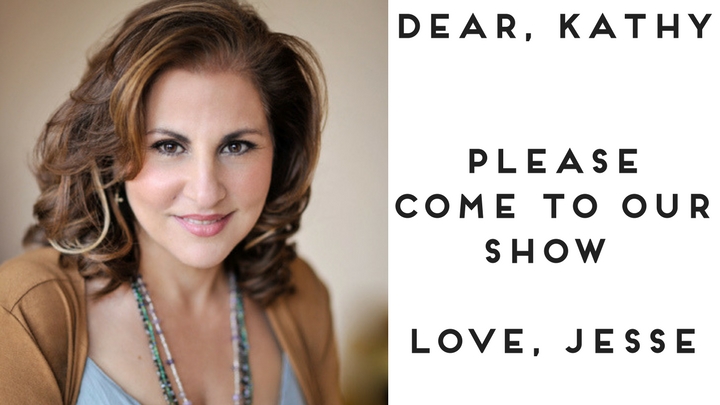 My name is Jesse, and I am the Assistant Artistic Director at Finest City Improv in San Diego. I am also a huge fan.  That is why I would like to personally invite you to our parody musical improv show Attack of the Killer Tomatoes attacks: Hocus Pocus. I know you are probably bombarded with invitations around Halloween, yourself being a national Halloween treasure. But please… let me tell you how this invitation stands out from the rest.

First, we are located in San Diego, CA, your very own hometown. (I am not a stalker, it’s just from word of mouth and confirmed by your wikipedia page.)  So not only would this be a good opportunity for you to see a fun show, but also see friends and family. I will go with you to see them if you want. It will be a fun story for you and the only topic of conversation I have for the rest of my life.

Second, I know you think that this is an opportunistic action on my part. In part yes, I want to write something engaging to bring attention to our show, but mostly this is an opportunity to connect with you on some level. Even if that is you getting a small laugh out of this. I have been a huge fan of yours for a long time. Hocus Pocus was the first movie I saw in the theater. My brother, Jason, was on a date with a woman named Hillary (not Clinton) and they took me to Friendly’s. Jason made me pay for my own chicken strips with my allowance. I was a flabbergasted 8-year-old. I didn’t speak until we got to the movie theater. I paid for my own ticket too, if you can imagine. We walked down the hallway to the movie and they walked into Poetic Justice with Janet Jackson, and I walked into Hocus Pocus. I was nervous about being in a movie alone but gave myself a pep-talk and was ready. The movie did not start because they didn’t think anyone was in the theater. I had to go alone to the counter to ask them to start the film. The attendant contacted someone and assured me the movie would start soon. She gave me a free popcorn and walked me back to the theater. I was scared at parts of the film but in the scene where you described scrod, I laughed so hard my free Yoo-hoo drink came out of my nose. Pure comedy. I was hooked. I have been a huge fan watching everything from Sister Act to Veronica’s Closet. 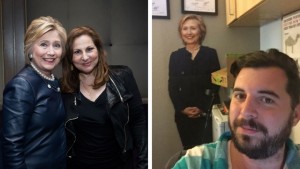 Most importantly. you have been an activist for LGBT rights for 35 years. I have been alive for that long so literally every year of my life you were fighting to directly make my life better. I thank you for that. This is also your opportunity to directly give back to me personally by coming to my show. And this is my opportunity to directly give back to you by honoring you through comedy and several glasses of white wine. Do you want to share the hummus?

I hope you can find time in your schedule to come to our improv show. I have rolled out the red carpet, saved you a seat, and lit the Black Flame Candle! The show is an hour long and I won’t call you on stage or say anything. Of course if you want to play in the show, who am I to stop you!

With much love and bated breath I await your response.

*P.S. If Halloween does not work let us know when you are in town and we would be happy to parody Sister Act at a later date.

*P.S.S. I love my brother Jason very much and he has bought me many chicken strips since then. He is a great brother and I love him!

3 Comments on “An Open Invitation to Kathy Najimy”