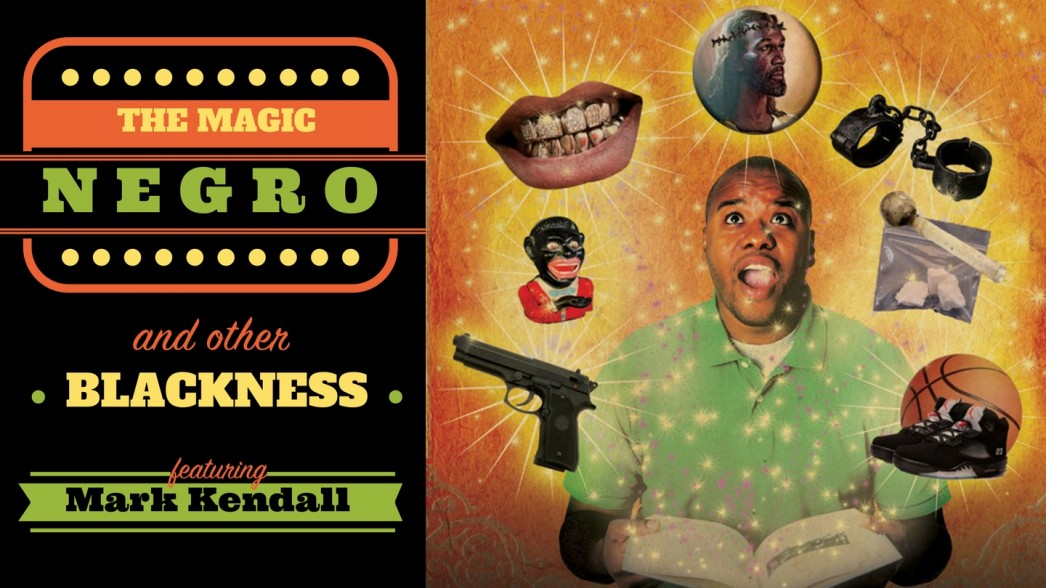 On May 13th, we are proud to have fantastic solo performer Mark Kendall present a one time only San Diego premiere of his show, Magic Negro and Other Blackness. Using comedic sketches, this one-man show examines the representation of black males in the media. From the race card to Reading Rainbow, Kendall explores some of the ways these images influence our views on race in everyday life.

About Mark:
Mark Kendall is an Atlanta-based comedian. He is currently touring with his one man show “The Magic Negro and Other Blackness” a sketch show that examines the depiction of black men in the media. For his work with the show, he was awarded “Best Professional Funny Man” by Creative Loafing Atlanta in 2015. He has taken the show to festivals all over the country including, San Francisco Sketchfest, Charleston Comedy Festival, and the North Carolina Comedy Arts Festival. Mark first got into comedy while studying film at Northwestern University. He had a chance to work at Comedy Central through the Chris Rock Summer School Program for up and coming comedy writers of color. During his time at Comedy Central, he got to pitch jokes to the writing staffs of “The Daily Show” and “The Colbert Report.”

Alongside his solo show, Mark will be facilitating a workshop on May 13th from 1-4pm to help up and coming solo artists develop material, refine sketches, and find their form. Enroll Now to learn with Mark!