Once upon a [noun], a new [adjective] show has arrived to [expletive] you up…

On April 29th, we are proud to have Fairytales Against Humanity take over our 9pm block with their interactive comedy show based on some of your favorite stories from childhood….turned totally upside-down and absolutely hilarious!  Plenty of adults-only laughter and surprises await.

Like children’s theatre gone horribly wrong, Fairy Tales Against Humanity is a new half-scripted/half-improvised show.  We with stories you fondly remember from your youth and—with suggestions from you, our audience—then mutate and mangle them into hilarious abominations that would make Mother Goose cry into her Wheaties. We’ll schmooze, we’ll laugh, we’ll soothe your childhood issues. But we’ll also scar your children, so make sure to leave them at home. 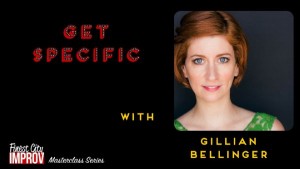 Fairy Tales Against Humanity performer, Gillian Bellinger, will be teaching an amazing workshop on adding more specificity in scene work on April 30th from 11am-2pm.  This Second City Hollywood faculty and Los Angeles based improviser will challenge you to really get honest about where you need to grow in your scene work and add tools to your tool belt to help you on that journey!

REGISTER FOR YOUR WORKSHOP HERE