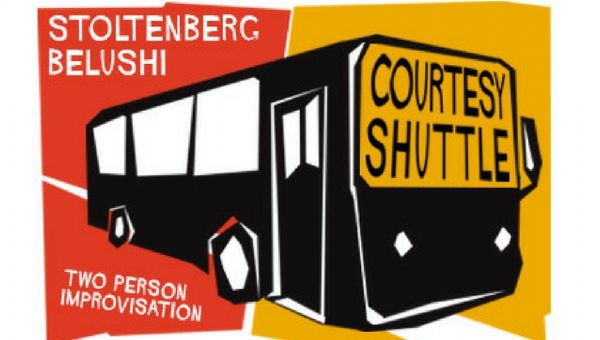 Saturday, November 11th we are getting a full dose of Rob Belushi and Tim Stoltenberg from Second City! You can find the critically-acclaimed improv duo:

Crazy, right? SO MANY OPPORTUNITIES. But here’s the thing… tickets are going to sell out fast. So grab them now before

Want to learn more about Tim and Rob? They share some of their secrets below!

Workshops with the Masters!

These two have been teaching at Second City for over 10 years, and they are bringing that experience right here to San Diego. They are coaching two workshops, and they can tell you a little bit more about each one.

COURTESY SHUTTLE is Rob Belushi and Tim Stoltenberg. Rob and Tim met in Chicago touring for the Second City, exploding comedy all over colleges and mid-range performing arts centers nationwide. Their two-man improvisation show is a theatrically grounded long-form performance blended with new-school Chicago speed. Jon and Tim have been performing since 2008 and have headlined The Chicago, Detroit, Las Vegas, Atlanta and Indianapolis improv Festivals, Out of Bounds Austin, Pittsburgh Comedy Festival, The OKC Improv Fest, Crossroads Comedy Festival.. They have performed at IO, IO West, The Annoyance Theater, The Second City Resident Company in Las Vegas, The Second City National Touring Company, Understudied The Second City Main Stage in Chicago, UCB Los Angeles, the Chicago SketchFest, the San Francisco Sketchfest, the Dallas Comedy House, Oklahoma City Improv, Dad’s Garage Atlanta and have toured comedy clubs and casinos nationwide doing short form. They have taught improv for the Second City in Chicago, Las Vegas, Detroit and Hollywood and taught workshops at The Torch Theater (Phoenix), The Dallas Comedy House, Oklahoma City Improv, at all of the festivals they have appeared at, The New Movement in New Orleans, Improv Vegas, as well as numerous colleges such as Colgate University, Duke University, University of Minnesota, Ohio State. They have performed and taught for corporations such as Fairmont Hotel Group, Deloitte, AstroZeneca, Tauru University, Terminix, Hillel House, Brentwood School Los Angeles. TV credits include THE OFF SEASON (ABC Digital), BALLERS (HBO), CHICAGO PD (NBC), THE MENTALIST (CBS), AGENTS OF S.H.I.E.L.D. (ABC), HOW I MET YOUR MOTHER (CBS), THE GOODWIN GAMES (FOX) and the JOE SCHMO SHOW (SPIKE), ARMY WIVES. They are both Graduates of the esteemed School at Steppenwolf (Steppenwolf Theater, Chicago) and trained together at IO CHICAGO, The ANNOYANCE THEATER and are graduates of the Second City Conservatory.