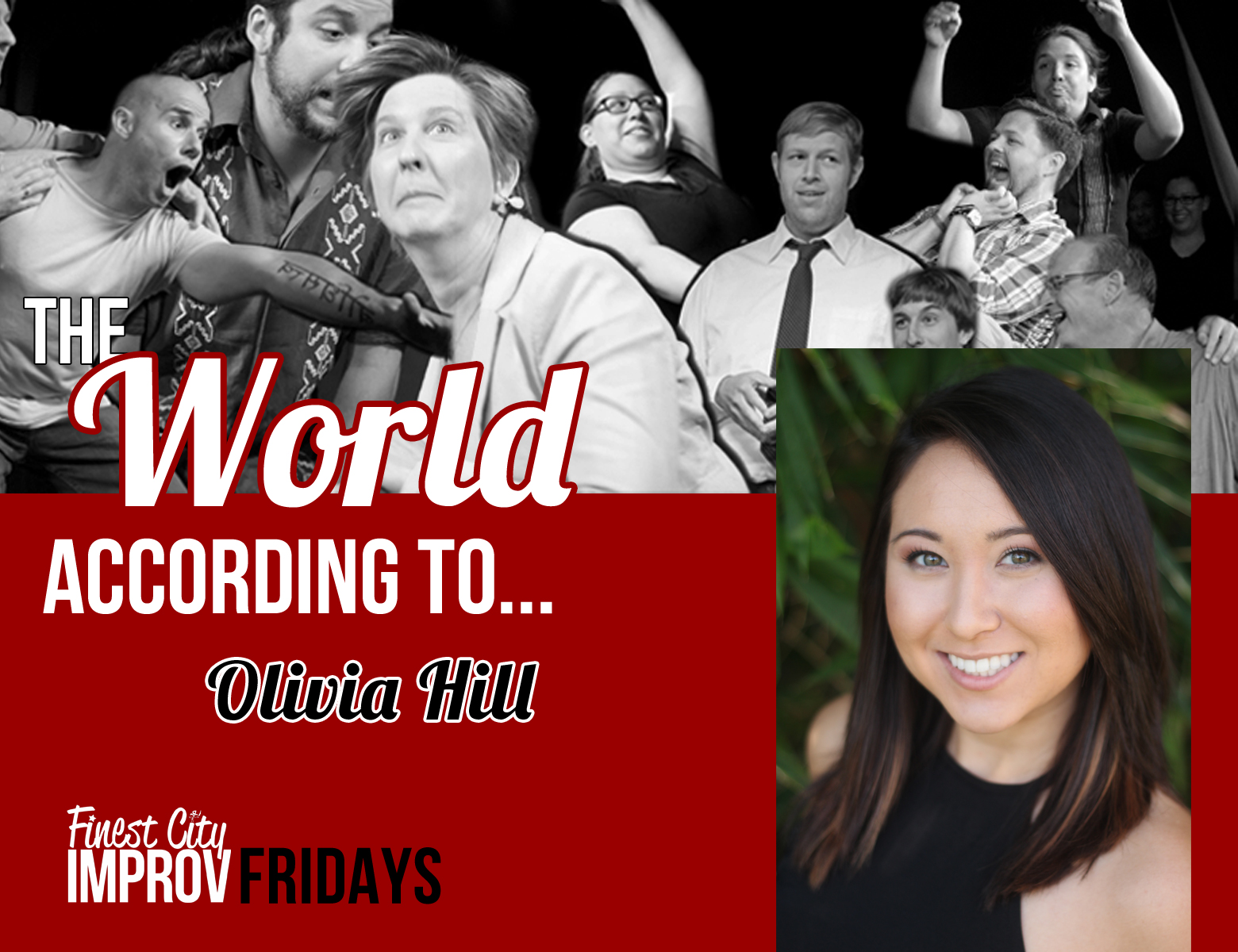 Olivia Hill is currently a student at San Diego State University studying TV, Film & Media. She is the General Manager of SDSU’s premier student run radio station, KCR College Radio and an active member of Kappa Delta Sorority. She is a writer who aspires to create scripts for television. Olivia loves all things comedy so she is very thankful to be given this opportunity to be in this production of The World According To…! and would like to give special thanks to everyone at Finest City Improv!

See The World According To…! every Friday @ 8 p.m. at Finest City Improv! The performance always begins with 30 minutes of improv. See the team Pick & Roll on Friday, March 13.