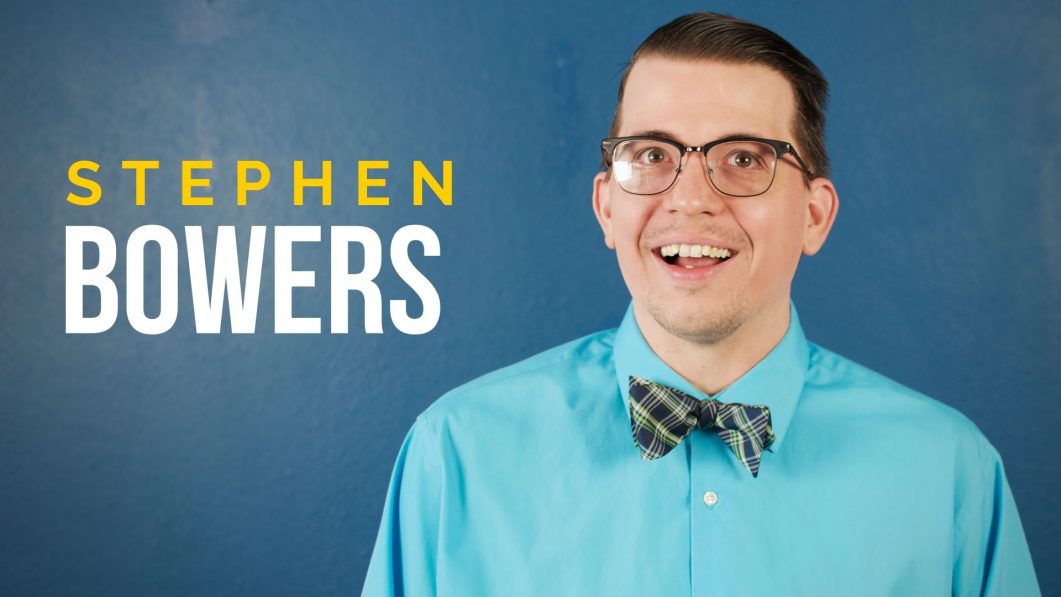 Stephen Bowers is a native Houstonian and has been a San Diegan since 2011.  He joined the San Diego improv community in 2014 and graduated from the Finest City Improv program in 2015.

He has been a FCI house team member since 2015 playing on teams Goose Nation and Subject to Change.  He currently performs with house team [name not finalized] on most Fridays at 9pm.  He also performs in the featured FCI show Attack of the Rotten Tomatoes.  He played Trump in The Trump Clown Show at The OB Playhouse.

He is often identified by the presence of a bow tie. Professionally, he works in online reputation management and is transitioning into web development.  In his free time, he writes and enjoys playing board games (https://boardgamegeek.com/collection/user/Cinephilia).