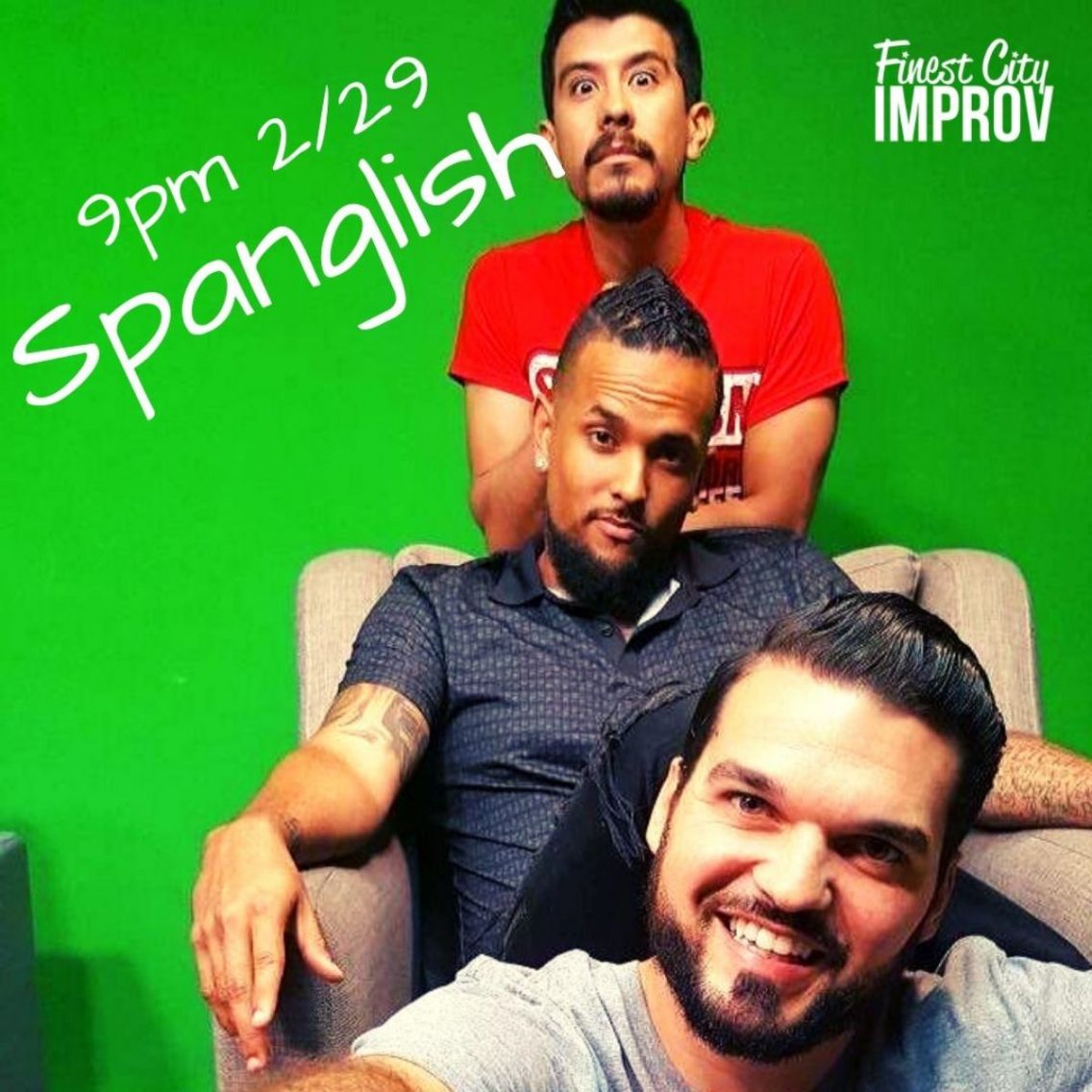 Fresh off their appearance from their show “Unidos”, a benefit for Puerto Rico at The Second City Hollywood, Spanglish Improv is a high-energy, Bi-lingual improv, stand up, and sketch team based out of Los Angeles. They will be performing Saturday, February 29 at 9 pm! Formed in 2014 Spanglish was the first Latinx ensemble at The Second City Hollywood theater. Passionate about storytelling from under-represented perspectives “our shows aim to celebrate the many cultures that make up our community to make the audience feel like part of La Familia.”

Spanglish members are Chris Trovador, Mario Barra and Jorge Emanuel Berrios. A Hispanic-American of Puerto Rican decent, Chris Trovador graduated The Second City Los Angeles Director’s Program and wrote and directed the first Latinx ensemble at The Second City. Originally from Puebla, Mexico, Mario Barra was a writer for the CBS Comedy Diversity Showcase in 2017 and trained at IO West Improv and Upright Citizens Brigade. Jorge Emanuel Berrios is a Cuban Puerto Rican actor, writer, and comedian from Miami, Florida. After graduating from Jorge graduate from Second City Improv and Upright Citizens Brigade he wrote for the CBS Diversity Showcase in 2017.

In addition to the shows, Chris and Serenity will be offering two workshops at Finest City. Chris facilitates V.I.D.A- Voicing Inner Dynamics Always on Saturday, February 29 will focus on bringing out improv performers true voice. Then on Sunday, March 1 Stephanie and Chris bring Allies; a crash course on how to respect and support all performers.

One Comment on “Spanglish Improv heats up Finest City Improv”