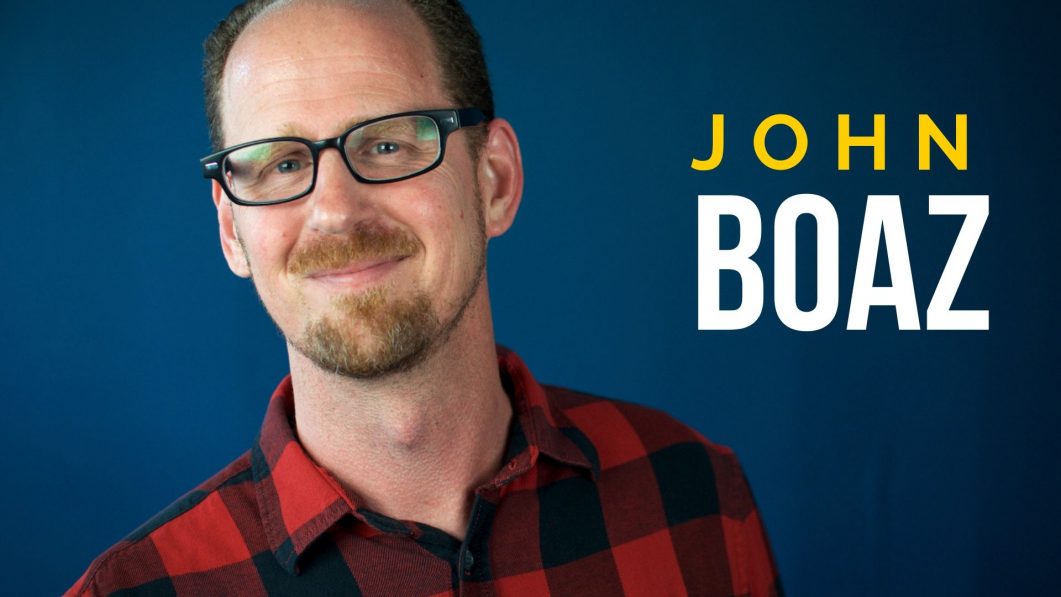 John Boaz has been performing improv regularly since 2015. He is a graduate of Finest City Improv’s Training and Conservatory programs. Long before that, he earned his B.A. in Theater from the UCLA School of Theater, Film, and Television.

John plays on Finest City Improv’s JTS Brown house team “Willis,” and has written for and performed in Finest City sketch revues “Netflix And Kill” and “The Alternative Facts of Life,” as well as several featured shows. John also plays on the Tennessee Williams genre indie team “Belle Reve,” and “Yacht Rock,” the smoothest team to sail the seven seas of improv. He also performs with his wife, Claire Kreger-Boaz, in a duo called “MAXED OUT,” which plays daily in their home and occasionally on stage.