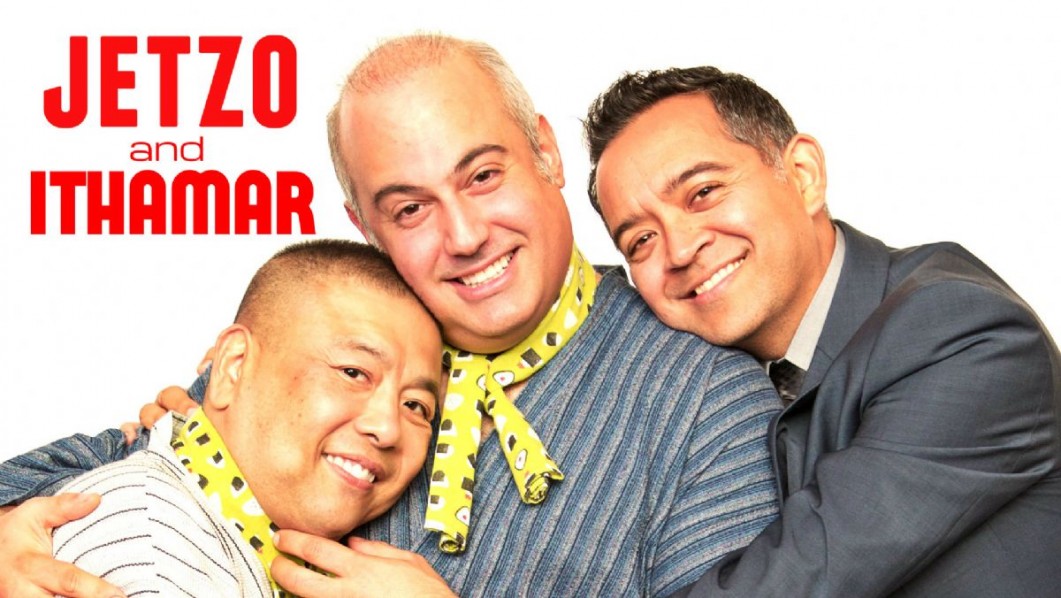 For one magical night, Jetzo – a father-son comedy team from the small fishing village of Nagoya, Japan – will get to live their lifelong dream of headlining an international variety show in America with their comedy hero, Ithamar Enriquez. It’s the feel-good spectacle of the millennium, full of live music, dance, physical comedy and audience interaction. And it’s all happening at Finest City on Saturday, May 26th at 9pm! It’ll be a good idea to get your tickets early — we expect a SOLD OUT performance!

And that’s not all! Jetzo is sticking around on Sunday to share their knowledge through their workshop, “Clowning with Jetzo.” This workshop will focus on getting you out of your head and into your body. Challenge you to take bigger risks. Tap into truthful emotions regardless of the absurdity of the moment. And to play physical, fearless and free. They’ll go over the basic philosophies of clown work and how they create new possibilities on-stage.

Don’t miss out on these events!
CHAD DAMIANI is a writer and performer. He’s a longtime veteran of improv and student of the idiot workshop, where he’s directed regularly by former Cirque Du Soleil star John Gilkey in the Murge. He’s also worked extensively with Dr. Brown on clown productions at the Lyric Hyperion. Before coming to LA, Chad spent five years working for World Championship Wrestling – which also contributed to his unique perspective on how to improvise stories through movement.

JUZO YOSHIDA is an actor and improviser. He has studied clown (including Lecoq technique) with some of the great masters – including Paola Coletto, Aitor Bassauri, Norman Taylor, John Gilkey, David Bridel, Virginia Scott and Phil Burgers. As an actor, he’s been featured on numerous TV shows, films and national commercials.

Ithamar Enriquez has performed, written, directed and taught at The Second City for the past 14 years. His solo physical show, Ithamar Has Nothing To Say has been turned into a web series produced by Jordan Peele and Keegan Michael- Key. Ithamar’s film and TV appearances include: Lady Bird, A Series Of Unfortunate Events, Arrested Development, Key and Peele, The Office, The League, Adam Ruins Everything, Teachers and Beyond The Lights.