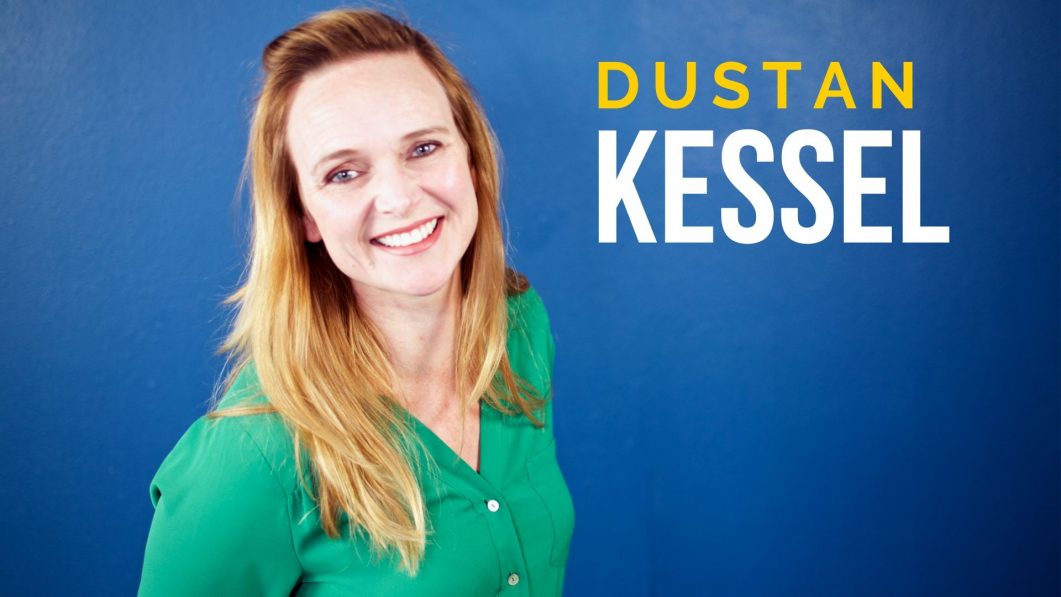 Dustan performs on FCI’s house team Fjordache, and indie teams Terra Squad, We Don’t Not Want No Scrubs, and Poof Bag. She performed in FCI’s “The Picture Show” as Janet and “Harry Potter and the Midsummers Night Dream” as a mechanical, Professor Sybil Trelawny.

She completed training at National Comedy Theater and Finest City Improv graduating onto FCI’s Performance Driven Improv (PDI) team Figment. She has completed a number workshops at FCI and Cornerstone Improv as well as FCI course electives in Sketch-prov, Musical, and Clown.

Dustan grew up in Summerville, SC but has called San Diego home for almost 20 years. When she was 9 she wanted to be a stand up comedian because she loved George Carlin or a paleontologist because she found some fossils once. She has a bachelors degree in International Relations from the University of South Carolina and masters degree in Global Leadership from University of San Diego.

Today, she is a Navy veteran who works in project management who improvises to honor and connect with her inner child. She relies heavily on her improv training for her attempts at parenting a teenager, finding more opportunities for laughter, and communicating at home and work. She is not sure how she did it before. Dustan loves her humans, dogs, singing in the car, Pilates, Turner classic movies, and traveling.