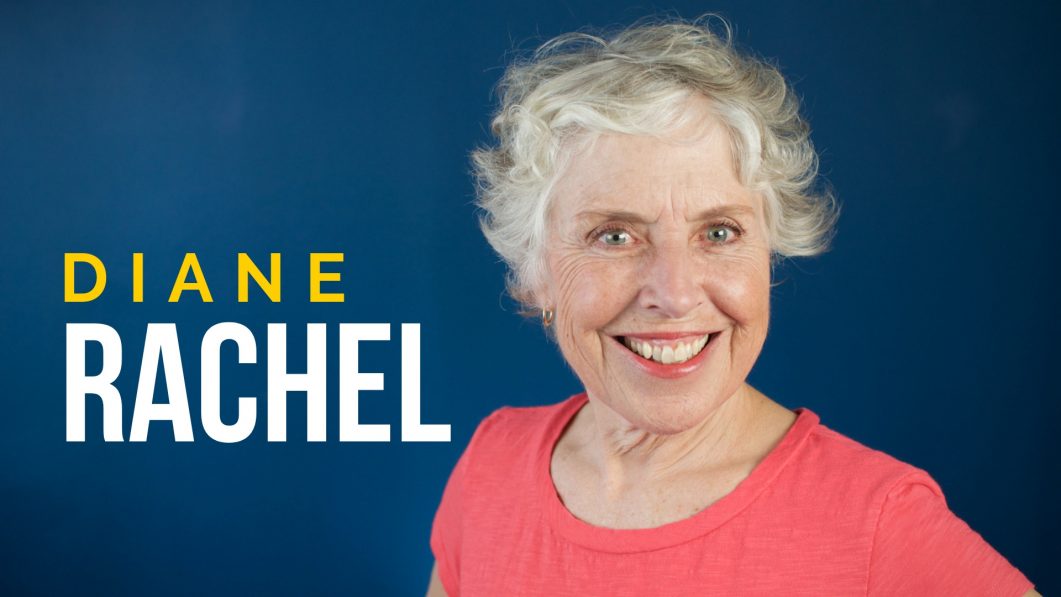 Diane Rachel is new to the San Diego Improv scene, hailing from San Francisco.  She is a proud member of the Finest City House Team League!

Born in Oswego, New York, a small town on the shores of Lake Ontario, Diane was the oldest of 7 children and loved to play with her younger siblings.  She mercilessly directed them in skits, plays, musicals and endless improvisations.  This later became her career.

After acquiring a BA from San Francisco State, Diane joined BATS IMPROV, where she became member of the main performance company, a coach for the school and facilitated workshops for corporate events.  She has also been a long-time staffer at the Berkeley Rep School of Theatre, where she helped create the Improv Theatre arm of the school and introduced the Improv Performance Lab.  On the geeky side, Diane has a keen interest in Quantum Physics and using Improvisational techniques to create new realities.