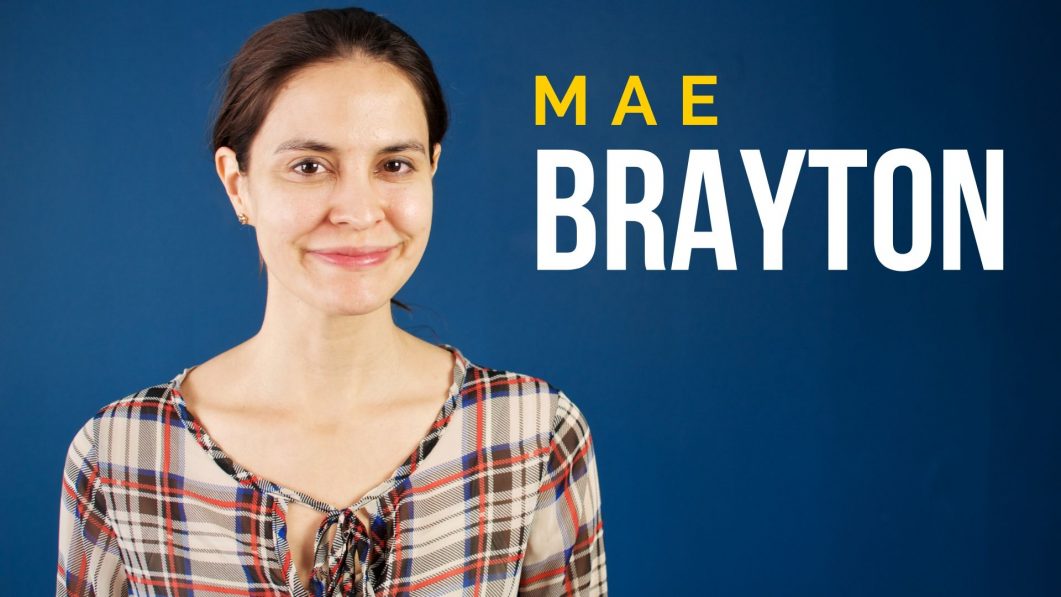 Mae began as a child actor in regional theater about 25 years ago. She took her first improv class in 2012, but she realized she’d started improvising a dozen years before that; as a student, she’d commandeer the microphone during school assembly and spin comedic performances with audience interaction. She has studied acting, singing, dance, Shakespeare, and many forms of improv. May performs with FCI’s The Clubhouse Saturdays at 10pm.

In Virginia, she was on house, Harold, murder mystery, and movie teams at Push Comedy Theater and was a member of Plan B, the resident comedy and improv troupe for the Zeider’s American Dream Theater. Mae’s undergrad was in communication with a focus in film and television, and she’s worked on productions in L.A. and D.C. She was featured in a PBS documentary, “Comedy Bootcamp” about her foray into standup. Mae has loved teaching improv classes, workshops, and corporate events for the last several years and even picked up her M.Ed. to become the best teacher she can be. At Duke Law School she was a student attorney in the startup ventures clinic, and now her current project is launching her own startup, Brayton Arts, a VFX and 3D animation studio in Tijuana. braytonarts.com